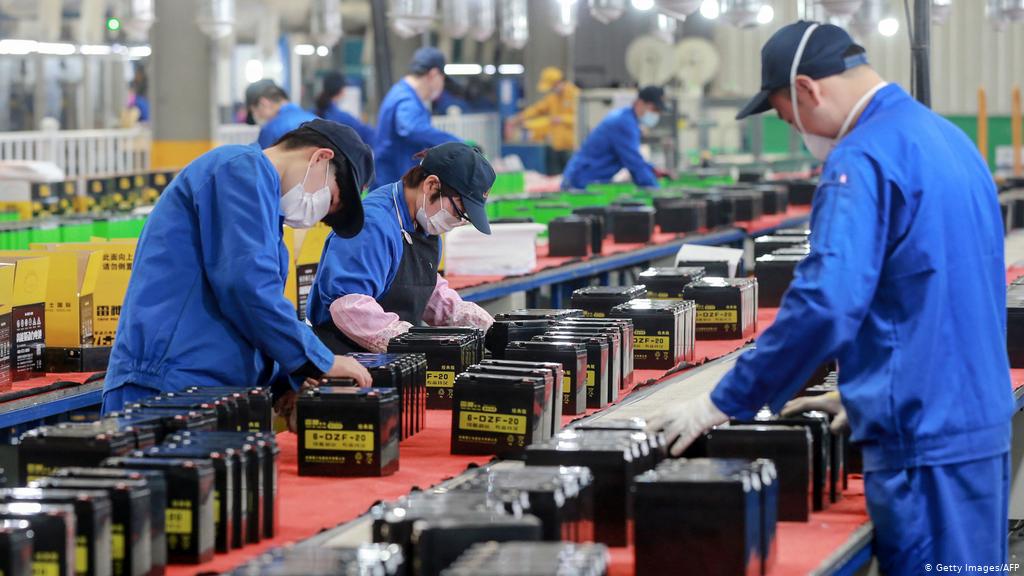 At Seraph, we are focused on preparing companies to return to production after lockdown. To get a better understanding of the Chinese approach we spoke with Louise Lu, an analyst at Seraph. Raised in Shenyang, Louise has followed the pandemic closely in western and Chinese news, social media, and through trusted contacts across China’s major cities. Our conversation covers contact tracing, factory hygiene protocols and government actions.

Governors are reopening the United States. What is happening in China now that the strictest measures have been lifted?

China’s original epicenter was the Wuhan Province, which faced the most severe lockdown orders opened on April 7th. This province remains open and is no longer the main hot zone. The Heilongjiang province implemented strict measures following dozens of infections appearing in northern cities. This has caused the government to deploy more healthcare resources to the province. There is an emphasis on preventing a second wave, which involves aggressive testing, temporary hospitals and localized stay-at-home orders.

In the U.S., states may choose to accept varying threshold levels of community spread based on their understanding of the virus as well as healthcare and economic capability.  The Chinese government appears to be pursuing a zero-tolerance, aggressive strategy to prevent future breakouts. In North America, plant management teams that become familiar with how their state governments is making decisions can insulate themselves  from shifting restriction surprises.

How other cities and provinces like Wuhan, Shanghai and Beijing doing? How are people moving throughout the country?

To counteract the potential spread of Covid-19 by asymptomatic carriers, the Shenzhen government (the leading tech province in China), instituted free testing for all inhabitants. Shanghai made similar arrangements. The goal of these measures is to figure out the total percentage of asymptomatic carriers in the population.  These initiatives are being handled at the province level and are not uniform across all of China. The financial and organizational burden has prevented other provincial governments from taking a similar approach.

The main strategy in use outside of the wealthy provinces is close observation and effective tracking. Temperatures are taken everywhere: at the entrance of shopping malls restaurants, entrances of metro stations and other places with a large flow of traffic. Everyone has a “health code” which indicates how many people have been infected at the places you have been and how many of your close contacts are at risk of being infected.

Beijing has one of the strictest protocols to compensate for the size and mobility of the population.  All entering Beijing from other cities have to self-quarantine for 14 days, supervised by community healthcare officials. Daily bodily temperatures must be reported. On April 29th, Beijing downgraded its public health emergency level to level two, reducing the need for at-home quarantine for those returning to the city from low-risk parts of China.

The “Health code” project is maintained with constantly updating location and health data supported by Machine Learning assessing risks of each location and individuals through the updated confirmed cases.  There are government teams supporting physical tracing as needed. At the peak of Chinese cases in February, it was reported that 9,000 workers contribute to the tracing of tens of thousands of contacts each day.

How is China thinking about what is an essential business?

L: Businesses are separated into four different categories in terms of essentiality. The more essential and more urgently needed the earlier given permission to reopen.

It’s been reported that 98.3% of all the businesses in Wuhan have reopened and the “going-back to work” rate is 86.7%.  Corroborated by pollution and traffic congestion data, the figures appear within reason. Companies have to file request permission from the local government to reopen, but almost all business categories are allowed. There are still a few companies and manufacturing sites closed from lacking hygiene and public health protocols. For the vast majority, business is back in some form.

Readers may find the accounts of getting back to work at Microsoft China and Foxconn China helpful.

Reports of new confirmed cases are low in China, what is being done by the government to prevent future spread? Has the public health effort in the government relaxed?

Wuhan is still preparing to prevent a second outbreak. Countries that have led relatively successful containment strategies, like Germany, South Korea, and China all have adopted similar methodologies. Testing kits and PPE are essential. Before a vaccine, containment requires separating the sick from those who are healthy. In China, individuals are placed away from families (in hotel rooms when needed) for mild cases and in hospitals for severe instances.

The required testing volume to effectively identify and isolate COVID positive individuals grows exponentially as the number of infected persons in a region rise. South Korea showed a strong example of how early interventions with rigorous contact tracing can minimize both overall cases and the number of tests required to suppress new cases.

What is being done in factories?

The protocols required in China look similar to what some businesses in the U.S. have announced. Extra requirements for reopening factories including temperature control, hygiene protocol and a well-spaced work environment. In the workplace, PPE is given to all employees. Policy requires companies to provide extra care for sick workers.  The explicit goal is to prevent infected persons from getting others sick at work. It is expected that there will be a scheduled disinfecting process for the whole facility.

How is contact tracing playing out when a confirmed case happens at a business in China?

Without a vaccine or testing kits for all, tracking is a key part of China’s strategy. There are three levels of health codes, red, yellow and green. Each color indicates a person’s risk of exposure to the virus. In general, only people with a green code (which is the case for most people) can go back to work. When a new case is confirmed, health codes are changed accordingly and all close contacts from the previous 2 weeks are recorded and tested. In general, social distancing, hygiene protocols and interventions appear to be limiting the number of new cases. In China, these tracking apps are government mandated. It appears there are initiatives at large American tech companies to make a similar application for the U.S. However, since adoption in the U.S. will not be obligatory, companies may need to consider different systems to support record keeping and other proactive interventions to detect asymptomatic spreaders.

Based on what you’ve researched in China what measures could potentially improve business outcomes in North America?

The U.S. seems unlikely to adopt a unified national policy on how to contain the virus, so lessons from China should be considered for their underlying principles instead of direct application.

Remaining open for businesses throughout 2020 in a world where new cases are cause for closure requires a great deal of preparation or a lot of luck.  Companies that make use of or deploy adequate testing capacity, can proactively manage risk.  Measures to decrease the transmissibility of the virus by wearing facemasks, adding barriers and conducting frequent cleanings are tangible steps to curb transmission in the absence total testing visibility. Temperature readings can help identify mildly symptomatic individuals. Carefully planned entry and break times to minimize contact between people and choreographed movement protocols can limit the total spread if a contagious individual makes it inside your facility. 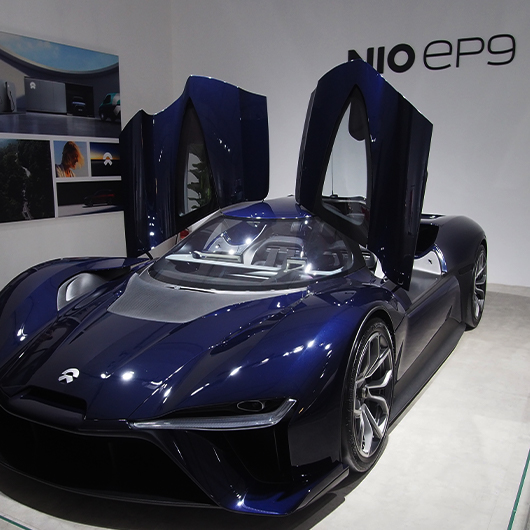 Looking into the future

C.A.S.E (Connected, Automated, Shared & Serviced, Electric) continues to be the focus for global automakers, and will remain..

U.S. President Donald Trump announced his intention to push U.S. companies out of China on Friday August 23. He.. 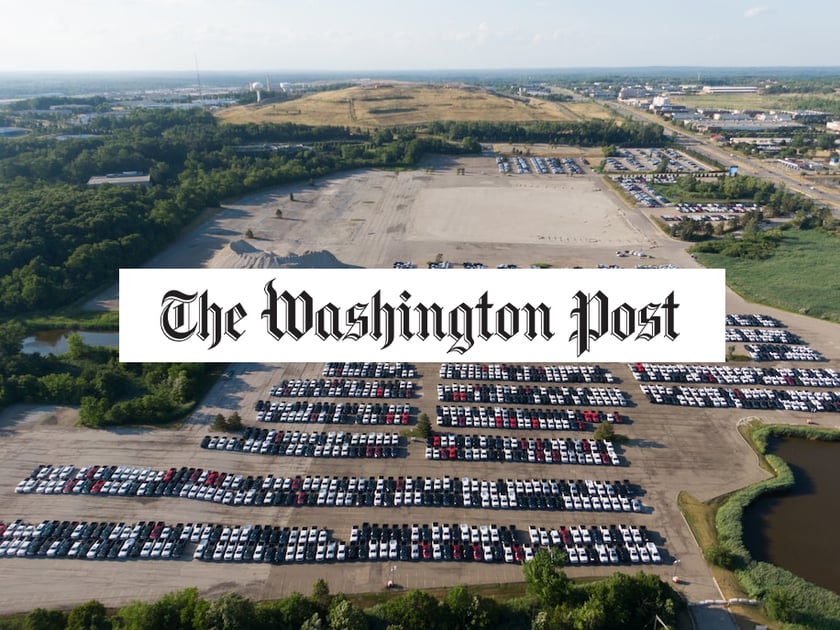