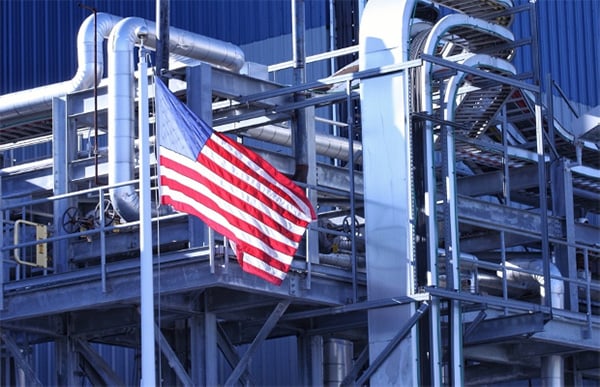 Covid-19’s impact on industry has laid bare American exposure to strategic supply chain disruptions. In response, the U.S. White House in February ordered a 100-day strategic supply chain review to help understand where industry requires support. Of particular interest were those areas deemed to be of national interest. In parallel, stories across media and politicians have been telling a story of U.S. manufacturing in decline. But are these stories a realistic description, or is it clickbait to gain attention? The Seraph team has taken a dive deep into the macroeconomic data and talked with people such as Federal Reserve economist Kevin L. Kliesen to better understand the real landscape of U.S. manufacturing. Here is what we found.

I. A recap of manufacturing in the U.S.

American manufacturing output has grown strongly over the years. Today U.S. manufacturing output is twice what it was 30 years ago (Figure 1). During this same period, labor participation saw a steady decline, with a precipitous drop from 2000 through 2010. But American manufacturing has continued to hold on to growth through increased worker efficiency and a higher level of technology and automation. According to the World Economic Forum, U.S. workers’ productivity increased by 72% since 1979. In addition, the Brookings Institute states that among the top five countries in global manufacturing output, the U.S. has the highest output per worker.

In addition, manufacturing’s proportion of the growing U.S. GDP has been relatively constant, hovering at about approximately 12% of GDP over the last 15-20 years (Figure 2). This is notable when one considers the rise of service industries’ contribution to GDP due to the internet boom.

This sharp rise in labor productivity in American manufacturing has come with profound advantages but also painful social upheaval and trepidation for many who used to work in the industry. Despite this, the overall economic picture is positive and suggests the U.S. is currently well positioned in the global competition for manufacturing strength, maintaining a sizeable lead in output per worker (Table 1).

The American manufacturing story has always been about innovation and efficiency - making the most out of every machine, every invention, every worker, and every hour. As we look ahead, the U.S. should seek to maintain this edge not by looking to the past, but by imagining the future and building the skilled talent pool and technology to maintain a manufacturing leadership position.


If the U.S. is so great at manufacturing, why did COVID disrupt everything and why did the U.S. government order an unprecedented supply chain review? In the tightly interconnected world supply chain, the production of products might involve as many as a dozen countries. But not all of them add the same value to the product along the way. The difference is usually due to variations in the technology and sophistication of each country’s manufacturing base. A good example is a Nike t-shirt with “cool-technology” fabrics designed in the U.S., woven in China, and sewed in Bangladesh. Among the three steps, R&D involves the most sophisticated technology and captures 40% of the total production cost of the clothing. The weaving process in China requires efficient mass production at low cost. Finally, sewing requires the most labor and is thus offshored to Bangladesh where it has a huge labor arbitrage. Sewing represents only 3-5% of the value-add.

In this way, the U.S. has been outsourcing basic and low value-add production to other places for decades. Countries and companies shifted away from vertical integration towards horizontal integration. The global system became hyper-efficient as each country and company focused on its own comparative advantage. But a massive trade-off was silently being made; the more efficient, the less resilient and more prone to disruption. In the past year, the U.S. has discovered it didn’t have the ability to produce the most basic medical protective equipment when it needed it most, didn’t have enough semiconductor manufacturing capacity to satisfy demand, not enough plastic resin, lumber, labor - and the list goes on.

In February 2021 the U.S. White House ordered all agencies of the Executive Branch to undertake a 100-day strategic supply chain review to identify exactly what level of supply chain resilience is required. The report, published on June 8th, 2021, suggested the following steps and actions for the U.S to strengthen resilience and maintain advantages in the domestic supply chain.

The U.S. government push will rely on a host of funding mechanisms to pursue these goals, which represent a government admission that offshoring has gone too far, and certain supply chains need to be partially or fully restored to the U.S.

But this should not be understood as reshoring all manufacturing. The prosperity of the U.S. manufacturing sector will still benefit greatly from the efficiency brought by the international division of production. Globalization is here to stay, but the “black swan” events of 2020 and 2021 is forcing companies to increase emphasis on supply chain resilience versus the pre-COVID focus on lowest cost sourcing seen over the last few decades. Increased inventories and limited reshoring is inevitable. Similar to the U.S. 100-day Supply Chain Review, governments will pick domestic “winners” for subsidized local manufacturing. In some cases, the future destination of basic and low-cost manufacturing for U.S. manufacturers will increasingly be nearshore places like Mexico.

The 100-day Supply Chain Review ordered by the White House is just the beginning, and Seraph will continue to monitor policy changes emerging from the U.S. Government over the coming months. Stay tuned.

As the COVID-19 virus worked its way around the globe we’ve all learned about R0 values, global ventilator capacity, face masks, sneeze velocity..

WHAT IS THE CURRENT SCARCITY TREND AND COULD IT AFFECT YOUR INDUSTRY? 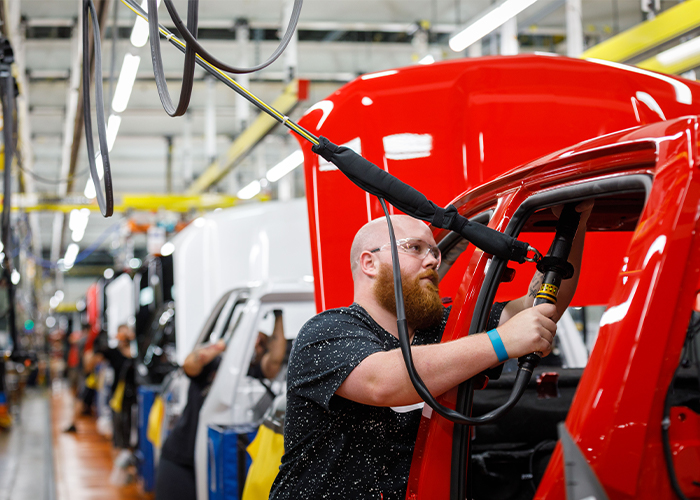 President Trump’s promise to protect American manufacturing jobs just got more complicated, as negotiations between General Motors and the..

One of our interns shares the highlights of one of his summer projects with an automotive client.